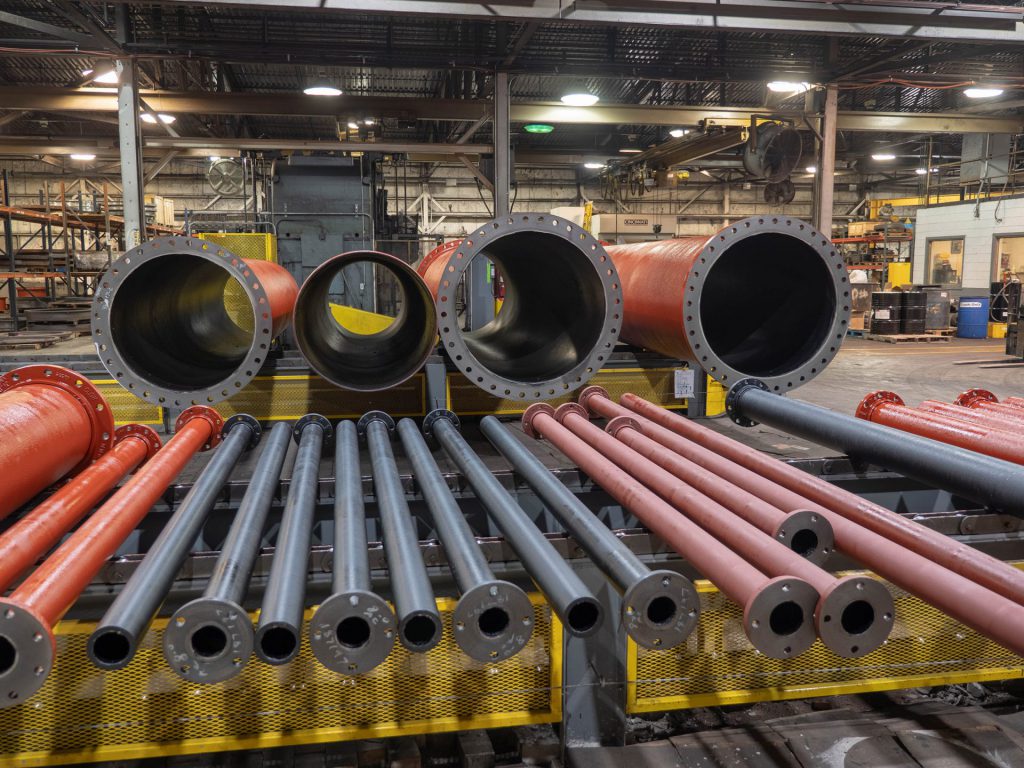 Industries develop on unique paths. The story of the United States can, in one way, be told as the story of intrepid people forging businesses out of determination and a keen eye toward the needs of a given market. One successful effort spawns competition and not long after, you have the beginnings of a full-blown industry. Providing a market continues to grow, so will the individual providers. Managing the nation’s wastewater is a colossal undertaking, one that requires a nearly endless quantity of piping to keep us all in living standards that people several hundred years ago could not have fathomed. And up until the late 1970’s, ductile pipe fabrication had many providers, but no specific industry standards. Several large manufacturers and a slew of independent outfits all operated according to their own guidelines, leading to all sorts of inefficiencies and real difficulties. Sensing a chance to remedy the situation, at a convention in 1979, Ted Wright introduced the National Association of Pipe Fabricators to the industry. Wright pulled together a number of independent fabricators to form the Board of the NAPF and shortly thereafter established the first industry-wide standards of ductile pipe manufacturing. This set the stage to eventually bring most of the country’s ductile pipe fabricators and manufacturers under the aegis of the NAPF and thereby raise the quality of the industry wholesale.

First and foremost, the establishing of one set of standards and specifications for ductile pipe fabrication was paramount. Allowing for significantly greater cohesion for everyone involved, this solved innumerable problems. This was accomplished by a number of initiatives.  NAPF’s Quality Plus Certification Program is available to Members. With input by a seat on the AWWA A21 committee, C115, which covers the manufacturing of Ductile Iron Pipe Fabrication, now requires NSF61 listing for fabrication used in domestic drinking water. According to former NAPF Chair, Joe Palombo, “When NSF comes in, they have a checklist and they stay here for the day, and we make sure that we’re spending time with them to show them that everything that needs to be up to snuff, is up to snuff. And that’s from the paperwork that we keep, to the certifications on the pipe that we purchased to make the fabricated pipe. We have to show them the paperwork from the foundry of the testing of the pipe.” This meticulous process allows for a sense of trust, and that everyone is always on the same page. It generates a confidence across the industry. Also, in March 2000 NAPF published the NAPF 500-3 Standard. This standard, which sought to address best practice and give guidance on “surface preparation for duction iron pipe and fittings in exposed locations receiving special eternal coatings and/or special internal linings” is now used by both engineers and the piping community.

Industry-wide standards are important from a logistics standpoint but there were multiple reasons Ted Wright and his colleagues sought to establish the NAPF in the first place. Protection against reputational harm was a serious concern. Especially amongst independent fabricators, all it takes is one bad apple to sully the rest. Without the same name-brand leverage that the biggest companies enjoy, one smaller outfit underperforming could tarnish them all. Palombo, said, “We had to make sure that everybody knew what they were doing. Everybody was on the same page, make sure they were making everything the right way, threading it properly, tightening the flanges properly, lining up the bolt holes properly, using the proper thread sealants, and all that had to be centralized so that we were all doing it the same way.” Joining the NAPF is a way to ensure a measure of protection for independent fabricators, one that also gives them a voice in the conversations that affect the direction of the industry.

“Staying up to date on current trends, networking with other members from all corners of the industry, and availing the educational programs on offer are just some of the built-in benefits.”

Membership in the NAPF ensures keeping a finger on the beating pulse. Staying up to date on current trends, networking with other members from all corners of the industry, and availing the educational programs on offer are just some of the built-in benefits. The NAPF acts as a nexus, facilitating as much as possible for the industry. As Palombo described it, “We’ll be up to date with everything that’s happening in the industry, including coatings, linings, what’s happening with all the different epoxies, what’s going on with the funding by the government. We have speakers that come in to talk, experts on the subject. The members are always kept up to date to know what’s going on. And you know, we always say, you don’t know what you don’t know. And so, if you’re not a member, you can’t always know what’s going on, you’ll be all by yourself out there on an island, not hearing all the things that are happening in the industry.” With the sheer volume of information to stay abreast of, the NAPF are making a concerted effort to organize it all in an accessible manner under one umbrella.

One of the topics anyone involved in the wastewater sector keeps a keen eye on is government funding. Traditionally the allocation of funds in infrastructure spending has been focused above ground. Roads and bridges are the common refrain in the halls of Washington. Wastewater systems maintenance and upgrading funding has been harder to come by. Frustratingly, it may be simply a case of “out of sight, out of mind”. Mostly underground or behind thick walls, ductile piping may not inspire landscape artists like some cloud-rippling suspension bridge, but it is inarguably more crucial to our everyday lives. Current NAPF Chair Dan Henrie, said, “Water is very important, as we saw down in Dallas, Texas, when those folks down there had the frigid temps. And what happened with the water infrastructure, it’s aging.” Without significant spending increases these problems will only become more frequent, and more expensive. Being reactive to these situations is far from ideal. Citizen’s lives get upended for sometimes weeks on end and often these recovery efforts end up in the multi-billion-dollar range. Henrie continued, “If they have significant water main breaks, or their infrastructure is too old. Some communities have 100-year-old, ductile cast iron pipe. It’s managed by exception. When there’s catastrophe, or when there’s a problem, then it’s significant. And it’s a part of the infrastructure issue as a whole.” Membership in the NAPF allows businesses to keep on top of the latest developments in this area and to participate in the ongoing conversation as well.

It has been important for the NAPF to maintain an open stance to a broadening coalition over time. Palombo stated, “It’s evolved over the years. Little by little where we started allowing associate members in, people that sell us the product, the components that we use to make the pipe, we included them. If they make pipe, if they fabricate pipe, then they’re included also.” In the eyes of the NAPF, getting everyone in the ductile pipe business together at one table is to the benefit of the industry as a whole. Henrie added, “Our organization has always been about being inclusive… And just recently, in the spirit of being inclusive, we added two board seats for distribution members. Because we feel that they have a voice and they have a significant presence in the pipe fabrication and the water and wastewater business.”

NAPF members are proud to use products that are made from recycled scrap metals making them environmently safe. Beyond the practicalities of the business, the organization is proud of its human-level achievements. Palombo added a worthwhile sentiment, “You don’t have to believe me, but the people in this association are really great people.” A lovely notion; one that is perhaps overlooked in today’s busy world. Something you wouldn’t want to take for granted, either. Henrie agreed, “They are a great, great group to work with. It’s a very cohesive, supportive, tight-knit membership. We rely on each other and support each other in in the day-to-day business. And they’re amazing folks, a very cohesive group.”

As the population grows, so does its infrastructure needs. Wastewater maintenance requires a mammoth ductile piping industry to keep us humans in the style we’re accustomed to. The NAPF seeks to ensure that industry functions as smoothly and coherently as possible while shining a light on the integral work that its people and businesses provide. Work that a very industrious nation should most certainly appreciate. 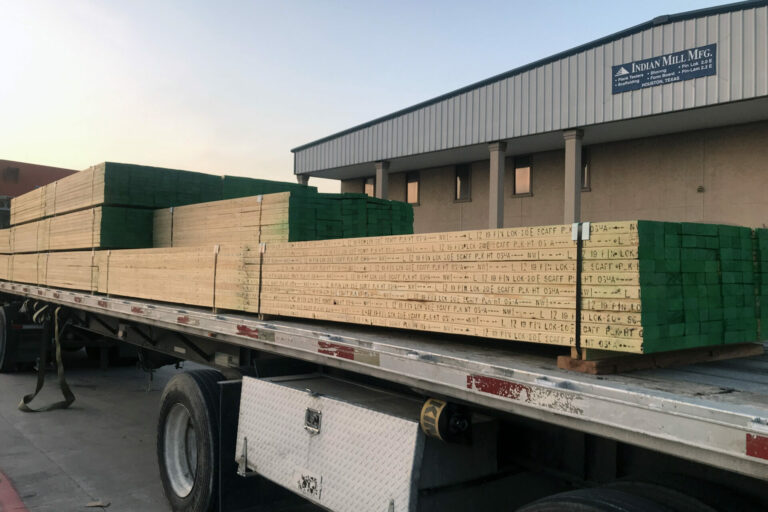 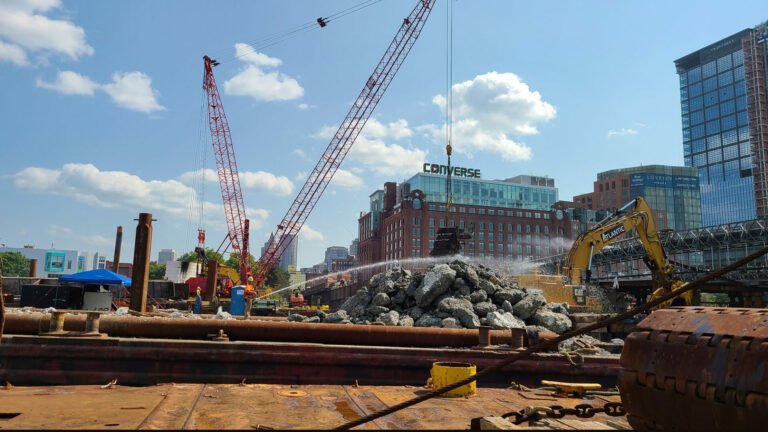 Atlantic Coast Dismantling (ACD) is a full-service demolition contractor specializing in heavy civil and plant demolition projects. With a rich and broad history, the (…) 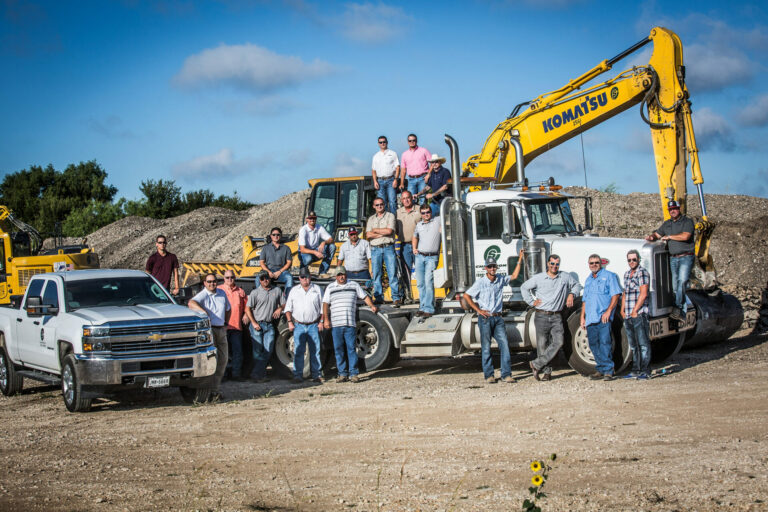 Moving the Earth for You

Any company that’s been around for the past three decades knows a thing or two about major industry shifts, from the economic crash of (…) 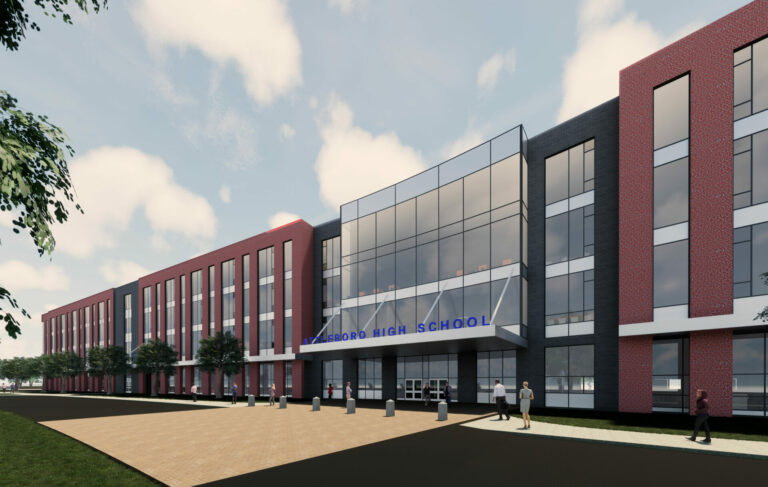 A Little Bit of Luck and A Lot of Hard Work 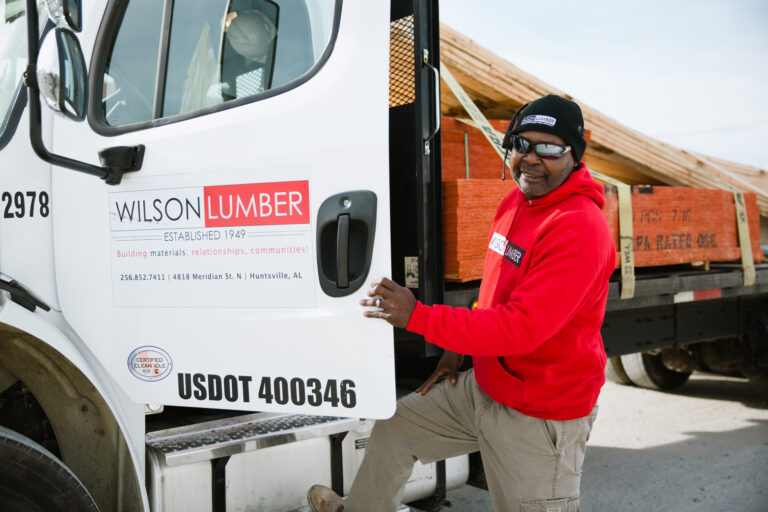 Doing the Right Thing for Over Seventy Years

The lumber industry is well known for its many virtues. Hard work, commitment and honesty being just a few. These are foundations that speak (…) 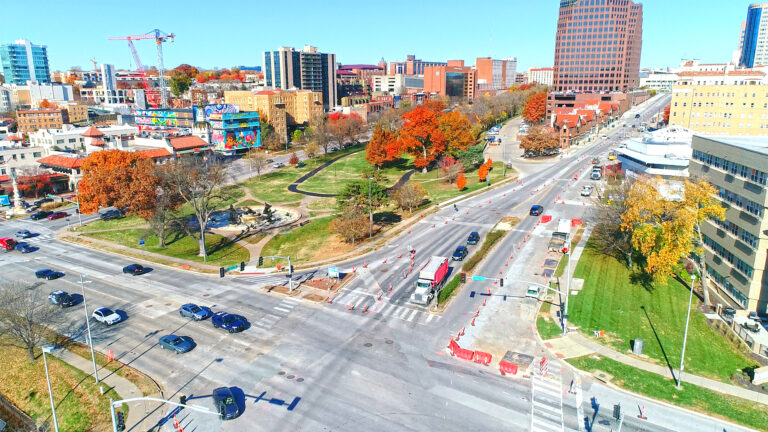 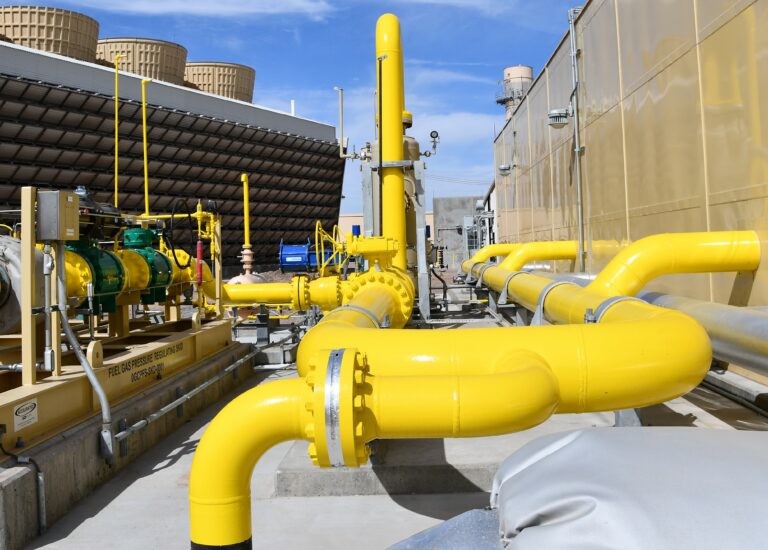 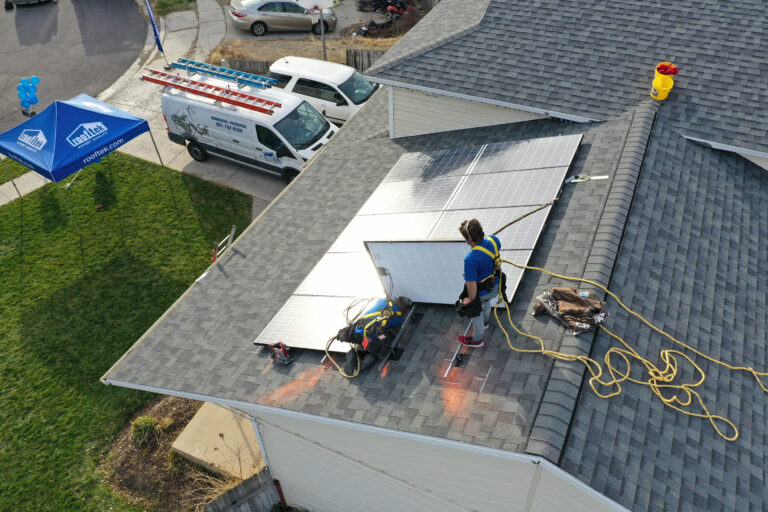 If It’s Tech on The Roof, It’s RoofTek

The roofs we live under today are a far cry from the straw-thatched roofs of the mid eighteenth century. Often equipped now with durable (…) 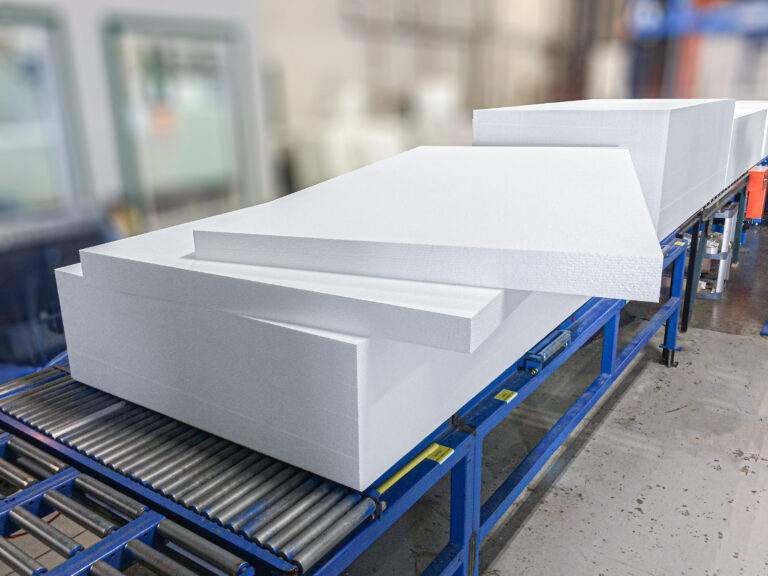 The Future Is Foam

It is often said that once we’ve got a roof over our heads and food on the table, everything else will fall into place. While (…)